Posted by Jermaine Walker on April 4, 2016 | Featured | No Comments 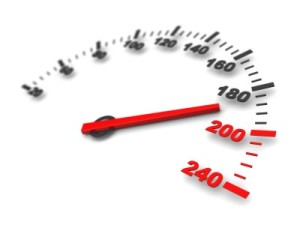 Computers are incredibly useful, however they are also complex beyond belief. This is made even more so because of the large number of confusing acronyms, words and terms. If you read tech blogs, or have friends/colleagues who are in-the-know, you have likely heard them mention overclocking and may have wondered what it is, and if you should be looking into it.

Here’s a brief overview of overclocking.

Definition: Overclocking
When it comes to most tech based devices, the processor (or CPU) is the integral component that functions as the brain of the device; it runs the show. The job of the CPU is to take instructions and input from all the other devices and components and execute them. For example, double-click on a program on your desktop and the CPU computes what to do with the mouse click (open the program), and runs the related code, which is shown as the program opening.

Now, when manufacturers release a new CPU they design it to run at a standard, or optimal speed, and will generally limit it. This is done to preserve the life of the components, however there are often ways to break this speed limiter. When you raise the maximum clock speed, beyond the intended clock speed, you are overclocking it.

One thing many computer sales people talk about is processor or CPU speed. This is the number of instructions it can run in one second. These instructions are grouped together into one cycle, and one cycle per second equates to a Hertz. You may see computers that have 2Ghz processors, this means 2 Gigahertz or 2,000,000,000 cycles in one second.

Why overclock?
The main reason users overclock a processor is to make their computer or device run faster. By overclocking, programs will often run or open faster and the general operation will seem smoother. In other words, you can get more out of existing technology without paying to upgrade.

Are there any drawbacks?
While overclocking will give you more power and speed, there are some serious drawbacks that make this option risky. The biggest being heat. As you probably have noticed, when you use some devices (say a laptop on your lap) for an extended period of time, they get warm. That’s because the components of computers create heat, lots of heat. When you overclock, the processor works harder, thereby generating more heat.

Computers are designed to operate at certain temperatures and if this level is surpassed, the components can wear out more quickly or in extreme cases melt. This means that overclocking will cause your computer’s parts to wear out quicker and will decrease the life of the device.

Should we overclock our devices?
Did you know that you can overclock nearly anything with a processor? The most common are computers and new smartphones, especially Android devices. When you hear people talking about overclocking their device, they are almost always talking about personal devices.

While it’s true, you will get a speed boost in the short run, overclocking will increase your IT budget in the future, because you will have to replace parts more often than is usual. Because most businesses tend to use their technology longer than personal users, any action that causes tech to wear out more quickly is not a good idea.

That being said, you can also do the opposite of overclocking. Underclocking is telling a computer’s processor to run slower than it’s designed speed. This will increase component life but decrease processing power, and could be beneficial for companies that have new computers and don’t need intensive computing resources.

Before you take any actions however, it is best to talk to us, as we may have a better solution for you and one that will cost less