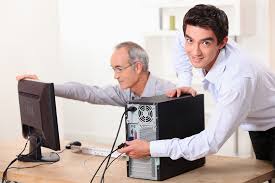 For many small and medium-sized businesses, the cost of maintaining an old PC may be more expensive than upgrading to a new one. This insight comes from a survey conducted by research firm Techaisle, which polled 630 companies across seven countries.

Respondents said desktops that have been in use for more than three years are more susceptible to attacks from malware and viruses (28 percent), while older notebooks are 58 percent more likely to endure a virus attack. The cost of related lost worker productivity should also be factored in by companies wishing to hold on to outdated hardware.

Are you hanging on to old PCs in an attempt to money? Contact us today. We can help you assess the health and condition of your PCs, as well as determine the cost of maintaining existing PCs versus upgrading or replacing them.