VoIP vs VoLTE : A Look at the Differences 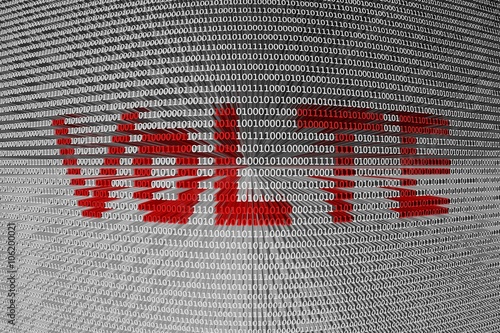 It’s most likely you’re using Voice over Internet Protocol (VoIP) telephony in your office. VoIP allows you to do conference calls, send instant messages, play music while a caller is on hold, line up callers on an automatic queuing system, and many more. However, there’s a new technology called Voice over Long-Term Evolution (VoLTE), and it promises better call quality than VoIP. Here’s a quick rundown of what VoLTE is and how it’s different from VoIP.

To know the difference between VoIP and VoLTE lets breakdown each technology separately.

Unlike analog telephones that use phone cables, VoIP uses the internet to transmit voice calls. VoIP calls can be made using laptops, desktop computers, smartphones, tablets, and even old handsets fitted with appropriate converters.

VoIP also supports a range of call features such as voice messaging, call forwarding, SMS text messaging, fax transmission, voicemail, and a host of other services. For businesses, VoIP is a convenient one-stop solution for all their communication needs that will not cost them an arm and a leg.

However, VoIP was introduced at a time when the world was still using 2G and 3G networks for mobile devices. The years since then saw major improvements in network connectivity. The arrival of 4G or Long-Term Evolution (LTE) meant faster and better connectivity.

VoIP is a steam train data carrier chugging along on a steel-and-wood railway that’s your 2G/3G internet connection. The train is loaded with various data: voice, email and text, photo, video, music, and many more.

VoLTE is a Japanese Maglev bullet train data carrier that uses magnetic forces to levitate (thus “maglev”) the train a few inches off the electromagnetic track that’s your 4G internet connection. With zero friction, the train moves at astonishing speeds. What’s more, VoLTE does not pack all data into one train. Instead, each kind of data has a dedicated train all to itself — voice calls on one train, email on another, video packets on another, and so forth. This means faster transmission and better quality voice calls and video chats.

However, don’t think that VoLTE is merely a pumped-up version of VoIP. Instead, think of VoLTE as building on the gains of VoIP technology.

What is different between VoIP and VoLTE?

VoLTE is a recent standard for wireless, high-speed communication; in fact, as of this writing, VoLTE is available for mobile devices only. The following enumerates how VoLTE is different from VoIP, and why it’s an improvement over the latter.

VoLTE first gained prominence because of its superior voice calls. Its high-definition (HD) audio quality is excellent, with lags, drops, jitters and disturbances mostly eliminated. However, there is a catch: caller and receiver must both be using VoLTE phones and transmitting in an area with 4G LTE to experience HD calls.

In the case of some smartphones, it’s not possible to make a call while browsing the web. You need to drop one in order to perform the other. With VoLTE, you can talk and run data apps concurrently.

Both VoIP and VoLTE send voice data packets over the internet along with other data usage transmissions. But while VoIP sends packets on a first come, first served basis, VoLTE prioritizes voice data.

Voice calls used to be charged per minute, but with VoLTE, voice calls are the same as any data transmission. Plus, because it’s difficult to figure out how much data you use for a voice call than it is to count the number of minutes in a call, then the days of voice-minutes billings are numbered.

With VoLTE, phones need not switch between 2G, 3G, and 4G networks during calls. This extends the battery life, so users need not recharge often.

For now, not all smartphone brands and models support VoLTE technology. And there are still places in the United States where LTE is unavailable. But experts believe that this will rapidly change soon.

Call us today for all your expert advise about VoLTE and how it boost your business’s productivity.